Forthcoming: Bound with an Iron Chain by Anthony Vaver

Posted on May 21, 2011 by Pickpocket Publishing 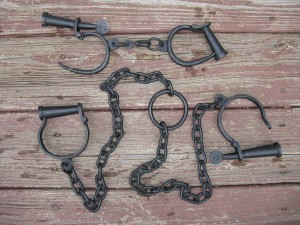 Pickpocket Publishing announces the publication of its inaugural book, Bound with an Iron Chain: The Untold Story of How the British Transported 50,000 Convicts to Colonial America by Anthony Vaver. The book is due out sometime in the early summer, 2011.

Most people know that England shipped thousands of convicts to Australia, but few are aware that colonial America was the original destination for Britain’s unwanted criminals.

In the 18th century, thousands of British convicts were separated from their families, chained together in the hold of a ship, and carried off to America, sometimes for the theft of only a handkerchief. Why did these people risk committing such petty crimes when they knew they could be forcibly shipped off to a foreign land if caught? And what happened to them once they arrived in America? Did they prosper under conditions of unlimited opportunity, or were they ostracized by American colonists?

Bound with an Iron Chain reveals this forgotten chapter in American history through the stories of petty thieves, criminal kingpins, frustrated government officials, greedy merchants, and wealthy plantation owners, and it finally shines light on the critical role that convict transportation played in the development of colonial America.

The book also includes a helpful appendix with tips on researching individual convicts transported to America. 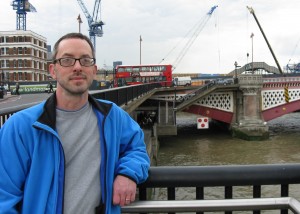 Anthony Vaver is the author and publisher of EarlyAmericanCrime.com, a website that explores crime, criminals, and punishments from America’s past. He holds a Ph.D. from the State University of New York at Stony Brook, and an M.L.S. from Rutgers University.